Aikido from A to Z Basic Techniques Vol.1 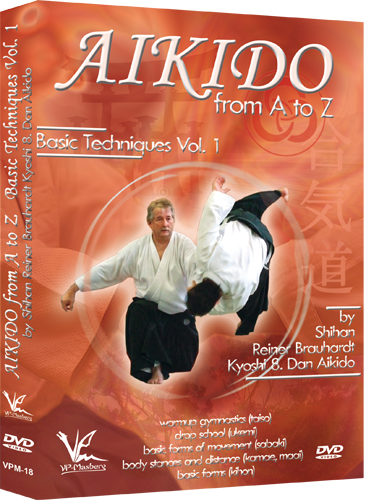 Aikido is a Japanese martial art that steadily becomes more popular worldwide. It was founded by Morihei Ueshiba at the beginning of the 20th century.
Aikido includes elements of different Japanese martial arts, next to weaponless techniques the use of sword and stick is a significant component of Aikido.

Aikido is absolutely defensive and likewise a highly effective method of self defense.
In Aikido it's not about strength facing strength. The Aikidoka rather uses the attacker's energy to incapacitate him by applying throw and lever techniques.
The attacker gets effectively controlled without being hurt. Aikido equally trains body and mind.

In this educational film-series „Aikido from A to Z" Grand Master Reiner Brauhardt (8th Dan Aikido, Kyoshi) offers a widespread training of all aspects of Aikido. Starting with the first steps the viewer is led to the multi-variant techniques with and without weapons. Reiner Brauhardt is one of the most famous Aikido-Masters in Europe.
As a pioneer of Aikido in Germany he started with this martial art more than 40 years ago. Since 1985 he has been a professional aikido-instructor and runs an aikido-school in Siegen.

This first DVD of the educational film-series „Aikido fundamental techniques vol.1" advertises the essentials of Aikido. Besides of warm up gymnastics specifically developed for Aikido (taiso), lessons to drop school (ukemi), to the basic forms of movement (sabaki), to body stances and distance (kamae,maai) are included.
Eventually this DVD introduces the beginner to the basic forms (kihon) of central fundamental techniques. 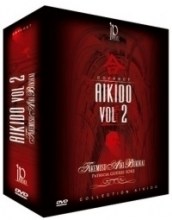