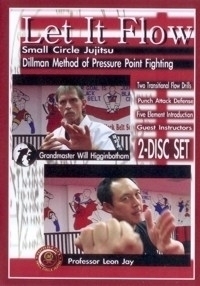 Learn directly from two leading masters in the field, Grandmaster Will Higginbotham and Professor Leon Jay. These techniques include Small Circle Jujitsu, founded by Jay’s father, Wally Jay, and Kyusho Jitsu (pressure point fighting). Both are highly effective in fight situations. Expand your knowledge with this DVD. Include these techniques in your training today. Filmed on February 26th, 2006 near Nashville, TN at Ernie Reyes’ World Martial Arts.

Master Will Higginbotham is an 8th dan in Ryukyu Kempo. He has been involved in Martial Arts training since September 16th, 1968. Master Higginbotham:
Began his first training class with the Vincennes University Karate Club as a freshman.
Currently trains under Grandmaster George Dillman in Ryukyu Kempo.
Trains under Professor Wally Jay in Small Circle Jujitsu.
Also trained under Professor Remy Presas in Modern Arnis.
Hosts seminars and camps all over the country, in addition to Indianapolis, on Ryukyu Kempo, Small Circle Jujitsu and Modern Arnis.
Developed and taught a credited pressure point self-defense course for women at St. Mary-of-the-Woods College.
Currently teaching a credit course for Butler University in Pressure Point Self Defense. 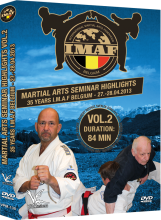 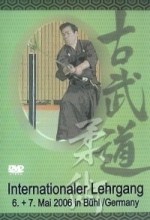 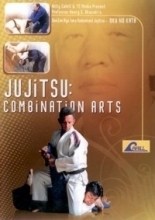